US Taxes for Expats in Mexico

Despite living abroad, former residents of the United States are still required to comply with US expatriation tax laws under the provisions of the Internal Revenue Code or IRC. As the IRS states, “Your worldwide income is subject to US income tax, regardless of where you reside.”  However, the regulations pertaining to international tax compliance vary by country, and expatriates residing in Mexico are strongly advised to work with tax professionals who have specific experience handling Mexican tax matters.

Certified Public Accountant Ted Kleinman specializes in international taxes, and brings over 30 years of experience to his clients.  US Tax Help can help you make accurate and timely filings, reduce your liabilities while maximizing your credits and deductions, and negotiate with the IRS regarding matters such as tax audits and civil penalties.

However, you need to act fast.  Meeting deadlines means everything in matters of tax compliance, so don’t wait until it’s already too late to take the right steps toward resolving your issue.  To schedule a confidential consultation with Ted Kleinman, call US Tax Help at (541) 923-0903 today. 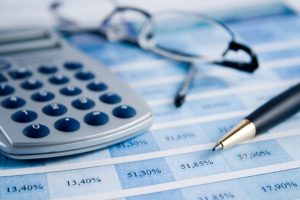 Filing IRS Form 8854: How the Date of Expatriation Affects Your Tax Requirements

If you are a US expat in Mexico, you will need to file IRS Form 8854, Initial and Annual Expatriation Statement.  However, the date you expatriated plays a major role in determining which sort of tax requirements you are subject to.  As Form 8854 states:

Expatriation tax provisions apply to US citizens who have relinquished their citizenship and long-term residents who have ended their residency (expatriated).  Form 8854 is used by individuals who have expatriated on or after June 4, 2004.

While Form 8854 applies generally to persons expatriating on or after June 4, 2004, the exact date you expatriated further affects which portions of the form you need to fill. For example, if you expatriated:

Are You a Covered Expatriate?

If you relinquished your long-term residency or US citizenship and expatriated on or after June 16, 2008, and any of the following statements apply, you are considered a “covered expatriate” under the provisions of the HEART Act (Heroes Earnings Assistance and Relief) of 2008:

If you are covered expatriate, you will be subject to the exit tax, and any gifts you make to a U.S. person will be subject to a gift tax.  However, you may be able to defer the exit tax if you are able to satisfy certain criteria.  CPA Ted Kleinman can help you understand which tax requirements apply specifically to you, and guide you through the necessary steps to effectively and efficiently address your obligations with the IRS. 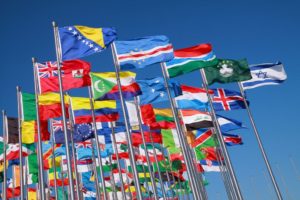 How American Expatriates to Mexico Can Avoid Double Taxation

The IRC includes several provisions to help US expats to Mexico avoid double taxation, such as:

Certain American expats in Mexico may be required to file a Report of Foreign Bank and Financial Accounts (FBAR), formerly referred to as TD F 90-22.1, by filing FinCEN Report 114.  You must file an FBAR if either of the following statements apply to you:

If you fail to file an FBAR despite falling into either of these categories, you may be penalized with enormous civil fines, and could even be criminally prosecuted by the IRS for tax fraud.

CPA Ted Kleinman can help you determine which deductions and tax credits you may be eligible for, while minimizing your financial liabilities and keeping you compliant with Mexican and US tax laws.  To arrange for a confidential case evaluation, call US Tax Help at (541) 923-0903, or contact Ted Kleinman online to get started.