US Taxes for Expats in Japan

According to the Japanese Ministry of Justice, roughly 2.4% of Japan’s foreign population consists of American expats: about 49,800 US citizens. Many are based in and around Japan’s major cities, such as Tokyo, Osaka, Yokohama, and Nagoya.

If you’re a US expatriate residing in Japan, or if you’re planning on expatriating in the near future, it is critically important to ensure your compliance with the Internal Revenue Code. Tax Code violations such as failure to file a tax return, failure to file an FBAR, or failure to report foreign assets on Form 8938 can subject taxpayers to devastating fines, or even investigation by the Criminal Investigation division of the Internal Revenue Service.

Whether you have questions about your tax liabilities as an expatriate to Japan, are concerned about your compliance with IRS reporting requirements, or are simply interested in exploring the deductions and credits you may qualify for, Ted Kleinman CPA can help. Ted has more than 30 years of experience assisting expatriates with a wide variety of tax matters, and is prepared to negotiate aggressively with the IRS on your behalf. To set up a free and confidential consultation with Ted, call US Tax Help at (541) 923-0903 today. 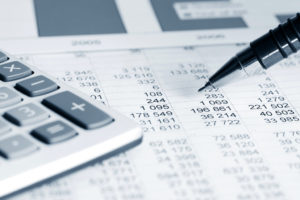 I Live in Japan, Do I Have to File a US Income Tax Return?

Unlike most other countries in the world, the United States requires citizens abroad to report their global income. Even though you may reside in Japan, you are still required to file a US income tax return.

However, in order to make room for shipping and processing delays, the IRS allows persons overseas several deadline extensions. The initial, automatic two-month extension pushes the deadline from April 15 to June 15. While this extension is described as “automatic,” in order to utilize it you must enclose with your tax return a statement explaining why you are qualified for the extension. You qualify for the extension if, on the regular due date of April 15, either of the following statements applied:

An additional deadline extension, which will push the due date back to October 15, may be requested by completing and submitting Form 4868 (Application for Automatic Extension of Time to File US Individual Income Tax Return). If you have any past due returns, you should seek assistance from a CPA, who will be able to help you avoid or minimize penalties, claim any refunds to which you may be entitled, and avoid missing out on Social Security work credits.

The Report of Foreign Bank and Financial Accounts, more commonly known as FBAR, is a recent reporting requirement designed to discourage offshore tax evasion by imposing harsh penalties on individuals and financial institutions who fail to comply with its provisions. 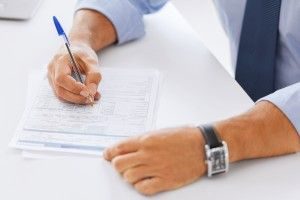 While FBAR was intended to target domestic residents who attempt to conceal income and assets in foreign bank accounts, countless expatriates have also been swept up in its broad net. If you have a bank account in a foreign county, including Japan, you could be required to file an FBAR without even knowing it. The problem is that failure to file will result – at best – in the imposition of massive civil penalties. At worst, you could be prosecuted for felony tax crimes. Therefore, it is critically important to familiarize yourself with the following FBAR criteria:

If the above statements are true, you must file an FBAR. The FBAR must be filed electronically through the BSA E-Filing System, which uses FinCEN Report 114. FinCEN, or the Financial Crimes Enforcement Network, is an agency of the US Department of the Treasury.

If you possess foreign assets whose value exceeds a certain threshold, you may also be required to file Form 8938 (Statement of Specified Foreign Financial Assets). As with FBAR and other tax violations, noncompliance with this requirement can result in costly penalties and other negative consequences.

Where the IRS is concerned, it is always better to be safe than sorry – especially when the potential penalties for accidental acts of noncompliance are so harsh. If you have any questions about your tax obligations as a current or prospective expat to Japan, it is highly advisable to seek professional help from an experienced CPA. To arrange for a private consultation with US Tax Help, call Ted Kleinman at (541) 923-0903 right away.