US Taxes for Expats in the UK

The UK is traditionally considered a particularly attractive destination for US expatriates. Many expats cite London and its status as an international financial hub as one of the key reasons that motivated their relocation. Others may have decided to move to the United Kingdom to experience and enjoy the culture. Whatever your reasons for becoming a US expat in the UK, the tax system and the tax obligations are unlikely to have entered your considerations. Unfortunately for US expats in the UK, the taxation systems of both countries are quite complex – with  the American system being especially complicated. 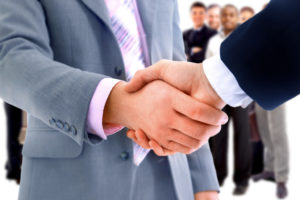 At US Tax Help we are experienced accountants who are dedicated to assisting US expats with their US tax obligations. We can handle your tax concerns prospectively or after you have received notification of a potential tax compliance issue.

What tax obligations do I have as a US citizen or green card holder?

To begin with, the tax obligations of a US citizen or green card holder are expansive and rather unique. As only one of two countries in the world that handles taxation in this fashion, the United States requires all of  its citizens and green card holders to report and pay taxes on all worldwide income. That is, it is irrelevant if your income was earned in the United States, the UK, in Asia or anywhere else in the world – a US taxpayer is required to report and pay taxes on all worldwide income because the tax obligation is linked to citizenship rather than where the income was earned.

However, expats in the UK may also be taxed on their worldwide income based on whether they are considered a UK tax resident.  A UK tax resident is an individual who: 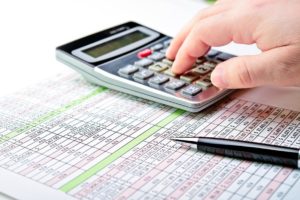 In contrast, you will not be considered a UK tax resident if:

Thus, a US expat in the UK is seemingly likely to face double-taxation on their worldwide income unless they avail themselves of the provisions contained within the tax treaty and totalization agreement.

Are there exceptions or other tax rules a US expat should be aware of?

The tax totalization treaty between the US and the UK can minimize the effects of double-taxation in many cases. However, the provisions contained within tax treaties are often perceived as opaque and complex by those uninitiated in international tax treaties. An experienced accountant can help you leverage these provisions and reduce your tax liability. Other devices that may reduce a US expat’s total tax liability can include the foreign earned income exclusion, the foreign housing exclusion, and the foreign tax credit.

It is also essential to note, that US expats who are considered UK tax residents must also file taxes in the UK by October 31st if they are filing through traditional means or by January 31st if they are filing online. Additionally, a US expat in the UK may not file jointly with his or her spouse. Rather, because individuals are permitted to claim personal allowances they must file separately.

Finally, all US taxpayers holding foreign accounts where the aggregate amounts in those accounts totals $10,000 or more at any time in the year have an FBAR filing requirement. FBARs must be received by the IRS by April 15th or extended until October 15th. A non-willful failure to file can result in penalties of up to $10,000 for each non-willful violation. If the violation is willful, penalties can escalate significantly.

Expatriates living in the UK are required to navigate two extremely complex systems of taxation that handle tax obligations in rather different fashions. At US Tax Help we can work with you so that you understand the tax obligations that are created by both your United States citizenship and UK residency. We can address a broad array of tax questions including FBAR, reporting requirements, FATCA, and many others. To schedule your US expat in the UK tax consultation, call (541) 923-0903, or contact Ted Kleinman online.