US Taxes for Expats Living in Luxembourg

Nestled between Germany, Belgium, and France, the tiny nation of Luxembourg offers expatriates rolling countryside, a rich cultural heritage, and of course, attractive financial prospects, ranking among the world’s wealthiest countries. Unfortunately, Luxembourg’s robust economy hasn’t always been free of controversy. In 2009, the Group of Twenty added Luxembourg to its “grey list” of tax havens. The Internal Revenue Service has monitored Luxembourg with a watchful eye ever since.

Whether you have already expatriated or are still planning your move to Luxembourg, it is critical that you take steps to ensure compliance with federal tax law. Even innocent mistakes can lead to the imposition of substantial civil penalties, while deliberate or “willful” acts of noncompliance can result in criminal prosecution by the Department of Justice. By carefully reviewing your finances today, you can avoid or minimize the risk of being penalized in the future.

At US Tax Help, Ted Kleinman CPA brings more than 30 years of practical expertise to each tax matter he handles on behalf of US expats to Luxembourg. No matter how confused or overwhelmed you might be feeling, Ted will help you determine the safest and most efficient path back toward compliance with the Internal Revenue Code. Ted is prepared to handle all of your tax matters, ranging from negotiating with the IRS to finding you credits and deductions. 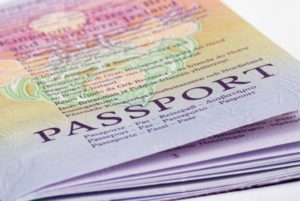 Do Expats File US Taxes? What About Paying for Social Security?

The United States is unique in requiring US citizens and residents abroad to report income to the IRS. American expatriates to Luxembourg (and other nations) are required to file an annual tax return. However, the normal April 15 deadline may be automatically extended to June 15, while the June 15 deadline may again be extended to October 15 by filing Form 4868 (Application for Automatic Extension of Time to File US Individual Income Tax Return).

Social Security taxes, which are also known as FICA taxes, were born from the enactment of the Federal Insurance Contributions Act in 1935. FICA taxes are comprised of two to three components: a 6.2% Social Security tax, a 1.45% Medicare tax, and an additional 0.9% Medicare surtax, which is imposed only upon persons who earn over $200,000.

FATCA Requirements: Who Has to File an FBAR?

In 2010, Congress enacted a federal law known as FATCA, or the Foreign Account Tax Compliance Act. In the few years which have passed since the enactment of FATCA, the IRS has taken increasingly aggressive measures to enforce international compliance – and to recommend federal prosecution of those who intentionally fail to comply. As the IRS states, “The objective of FATCA is the reporting of foreign financial assets.”

In some instances, the Department of Justice has even prosecuted the foreign financial institutions (FFIs) which aid expatriates and residents abroad with tax evasion, asset concealment, and other crimes against the US government.

Depending on your unique financial circumstances, you may:

FBAR refers to Report of Foreign Bank and Financial Accounts. You are required to file an FBAR if both of the following statements describe you:

Willful failure to file an FBAR is subject to a maximum penalty of either (1) $100,000 per violation, or (2) 50% of the account’s value. Whichever number turns out to be higher is the penalty which will be imposed. Even non-willful FBAR violations can trigger penalties of up to $10,000 per violation. 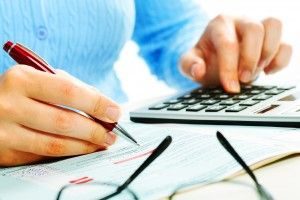 Why Make a Voluntary Disclosure to the IRS with the Streamlined Offshore Procedure?

If you are concerned about criminal prosecution, you may want to consider participating in a new IRS program called the Streamlined Offshore Program. Not only does Streamlined participation reduce the financial penalties to which you would otherwise be subject; even more significantly, participation also effectively eliminates the chance that you will be referred for prosecution to the DOJ. This is expressed by the IRS in the following statement:

“When a taxpayer truthfully, timely, and completely complies with all provisions of the Streamlined Offshore Procedure, the IRS will not recommend criminal prosecution to the Department of Justice for any issue relating to tax noncompliance or failure to file Report of Foreign Bank and Financial Accounts [FBAR].”

However, the IRS also issues the following caveat:

“If the IRS has initiated a civil examination for any year, regardless of whether it relates to undisclosed Streamlined assets… the taxpayer will not be eligible to participate in the Streamlined Program. A taxpayer under criminal investigation by CI [Criminal Investigation] is also ineligible.”

In other words, you cannot participate in Streamlined if an investigation has already begun. Therefore, it is imperative that you act quickly by contacting a CPA right away. If you wait for too long, you may deprive yourself of recourse.

To set up your free and confidential consultation with Ted Kleinman, call US Tax Help today at (541) 923-0903. Ted also assists US expats in Germany, France, Switzerland, and the surrounding nations.